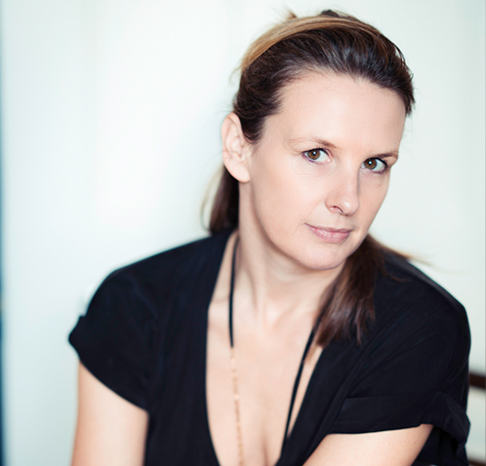 Hannah Stanton is a designer, curator and maker working predominantly with furniture and interior and exterior spaces. Having studied at Central St Martins College of Art and Design, Hannah forged a successful design career before retraining in upholstery and then in garden design.

Following a series of well documented upholstery and book commissions Hannah co founded and is co curator of Second Sitters. Second Sitters is Hannah Stanton and Jude Dennis, both practicing upholsterers. Together they promote independent UK and international upholsterers through publications, exhibitions, collaborative working and education days highlighting the changes in the craft of upholstery, showcasing a wave of contemporary art and design led upholsterers.

Much of Hannah’s furniture works incorporates elements of memory and place alongside carefully considered material combinations. Reclaimed materials and objects found in her work often contrast with high end materials and modern production techniques. Personal works including the Show Pony and Big Ball Balzac turn traditional notions of upholstery on their head, questioning the very nature of upholstery and its position within the worlds of art, design and craft.

Her commissions have expanded to include the spaces within which her pieces sit, either designing gardens and interiors for residential clients or in the form of set design for film and TV.

Hannah lives and works in London and Los Angeles.